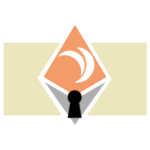 Safeth- Safeth is the official name given to the Treasury and the parent company of the Safeth project. Likewise, you can think of the Safeth Treasury as a “limited hot wallet”. It is here in this active wallet that, Safeth automated loans will derive. Consumers of the loaning platform, will effectively be able to “lock in” their Safex Platinum Tokens into their wallets and receive their no Back” loans.This hot wallet will be seeded with its initial funds from the Safeth development team.

Safeth Rewards- Safeth Rewards are exactly what they sound like, rewards! Upon purchasing of your very own Safex Platinum Tokens, you will be rewarded with some Safeth Rewards during the ICO phase. In addition, consumers can earn Safeth Rewards in “real time” as they play games on our Safeth platform, reaching higher ranking levels (private,first class private,etc) with buying and selling amounts using their respective account(s), actively mine on our Safeth Cash network, stake their Safex Platinum Tokens, as well as participate in “random acts of kindness” bounties and subsequently post these experiences onto social media accounts with the appropriate Safeth hashtags. The amounts of the rewards issued for any given consumer or user within the Safeth platform as it pertains to the “random acts of kindness” bounty will be discussed at a later date.

Safex Platinum token- Will be the official crypto asset of the Safeth platform! With our Safex Platinum tokens, users will be able to effectively “lock in” these tokens for real consumer loans. However, users should keep in mind that, once their Safex Platinum tokens are locked to our Safeth platform in a loan. Users ability to utilize these specific tokens as well as the dividends they accrue will be inactive until these tokens create enough dividends to effectively payoff user loan at interest. It is highly recommended, that if a user wishes to have more than one “active loan” within the Safeth automated loaning platform that borrowers are strongly encouraged to open more than one active wallet with more Safex Platinum tokens and repeat the process accordingly until the borrower can obtain a sufficient loan amount. Each wallet will be capped at a maximum of $10,000 US dollars, all loans will require a minimum of 10% down in $SXP tokens. These are consumer loans and will be usable to purchase goods and services within the marketplace.